Will Champions be able to secure their big names? 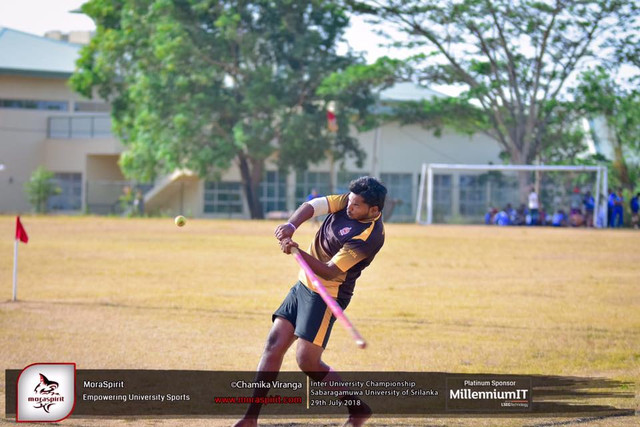 Will Champions be able to secure their big names?

After the Grand Opening Ceremony which was held at the University of Ruhuna with the presence of the President Maithreepala Sirisena, SLUG XIII has been gained the attraction of the sports lovers all over the country. This once in 3 years sports fiesta has increased the heartbeat of every university sportsman and woman so the university Elle team players. How can we forget Elle as MoraSpirit team, when it was the national sport in 1960 to 1980? Elle brings traditional sports beauty to the SLUG XIII arena as it represents our own sports culture as well as the simplicity of the country side as this heirs a hundreds of years history in Sri Lanka.

Elle is a bat-and-ball game which has some similarities to the cricket and baseball and it is involved a hitter, a pitcher and fielders. There are 16 players in one team and 4 extra players in the full squad of 20.SLUG Elle will contain 30 balls for one side and normally the field is twice the size of a baseball field. The batsman will be having 3 strikes and he or she can strike out as in baseball but there is no strike zone for Elle.

This time in both categories, there are 4 groups as A, B, C and D with totally 14 teams and preliminary round will have 18 matches. The top two teams from each group will fight in quarter finals and there will be two semi finals and a final with one consolation final match. Matches are going to happen in Uyanwaththa Main Ground, Matara from 30th of August to 1st of September from 8:00am onwards.

As always MoraSpirit us are ready to give you latest updates and eye-catching moments of the Elle battlefield and we invite you all to present there to witness this glory and to share the excitement.