Breaking of the Six Year Record 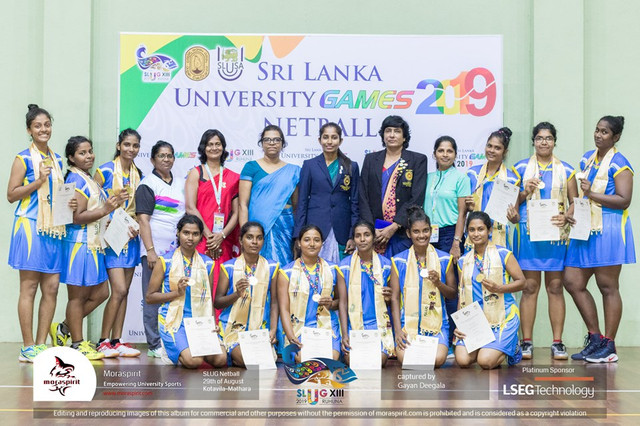 Breaking of the Six Year Record

It is in no doubt the Jaffna girls, led by Thangan Sivatheepa, beat J’pura in a game of netball at the finals of SLUG XIII to bring the championship to their home and not the anticipated 6 consecutive winner University of Sri Jayewardenepura.

The new champions became a much novelty figure in grabbing the attention of all spectators as J’pura became the 2nd runners up and a match between University of Jaffna and the university which held the upper hierarchy in all standings, University of Colombo, came for the last game of tug of war. It was indeed the most anticipated game of all as until then Jaffna team has not made a huge uproar in the history of university netball.

Both teams went all out on each other during the first innings and none was ready to give up the fight which resulted in a tie. During the 2nd inning with the cheer and the compliments and hard work Jaffna was able to grab the match point and win over Colombo. Through the game it was many defenses and the teams trying their maximum to keep the ball on the air always with their swift and fast reflexes.

The goal shooters of both teams aced to the last minute by doing justice to the team members who passed the balls with the correct tempo. By the 3rd quarter both teams showed respect and acknowledgement for both their talents and weapons. Jaffna was at the set point and took the lead against Colombo with 46 to 42 respectively.

The awarding ceremony was held with the presence of the chief guests and the team members. Though the games ended with the closing ceremony all spectators are curious to see any other team talent to emerge from there shadows just the way Jaffna thrived.

Stay in touch with MoraSpirit and get the latest news and updates which will heat up the SLUG battle ground until the end.