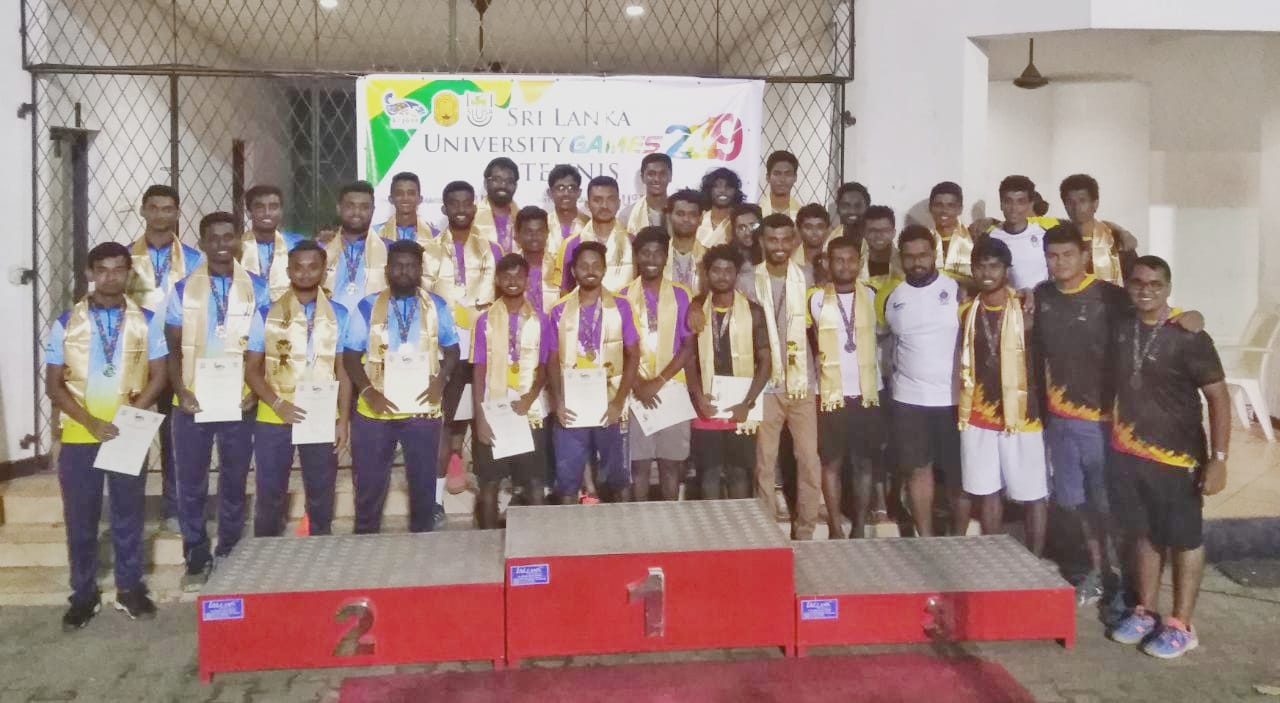 University of Colombo cruise to their 6th consecutive win in the mens category while the University of Kelaniya clinch their maiden tennis title in the womens segment after defeating defending champions Colombo at the Colombo Gymkhana courts today. In the final days play, University of Moratuwa and Kelaniya shared honours in the Mens consolation finals.

The Kelaniya womens team were up against the defending champions Colombo, who didnt live up to their expectations as Kelaniya went on to clinch their maiden championship in tennis. Harindi Lokuge (UoK) defeated Ruchika Senaratne (UoC) in the first singles while Preeni Gunaratne (UoC) went one up against Judy Bandara (UoK).

Skipper Shilendri Seneviratne went on to beat Vindya Katipearachchi (UoC) and the doubles game was won by Kelaniya which consisted of Harindi Lokuge and Mithuni Jayawardhene. It wasnt easy. We practiced really hard amidst exams but our individual strengths overpowered the others weakness, said the jubilent captain over her teams achievement.

The men from Colombo who aced their way towards their 6th consecutive title dominated USJP in the finals, cruising towards a 3-0 victory. Skipper Hisan Hunais and World University Games player Yasith De Silva won their singles games against Naveen De Silva and Kavindu Diluka respectively. Finally it was Senith Abeywardhene who defeated Mahela Munasinghe in a fighting encounter, establishing their dominance in the court for yet another year. I want to specially thank everyone who has helped me throughout this journey and especially the supporters who came. We played some really good games today, said Hisan Husain upon his teams victory.

The Mens consolation game was a different game of its own merit and the 3rd place was shared based on mutual agreement. Bad light halted the game halfway but neither team was willing to continue play for yet another day as either team had academic commitments after playing for 3 straight days. In the end both University of Moratuwa and University of Kelaniya were adjudged as joint 2nd runners up in a true display of sportsmanship, ending yet another exciting tennis tournament in high spirits.