Dazzling stars let the sounds to melt in the night... 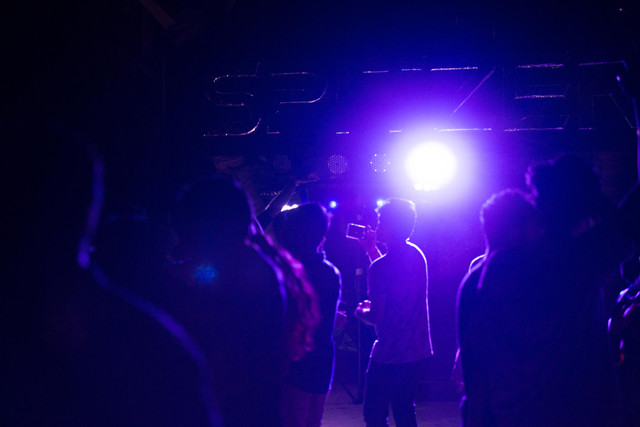 Dazzling stars let the sounds to melt in the night...

The sun dimmed its glow wrapping its rays behind the horizon marking an end to what was just another day. As the final skirts of its rays left the horizon, the Ruwala Beach Restaurant premises in Dehiwala started to buzz with activity. Young undergraduates of various universities filled-in, in an unending row mocking the sun for the thought of marking ends. It’s the “stars” that they had business with. It was the Spitzer day.

As the year turned its last pages it was once again the time to remember the glory of sports and give if a farewell till the time is back again to meet at the arena again. As a SLUG year, 2019 interuniversity games memories are certainly worth a grand sending off. To appreciate the efforts of the sports men and women as well as the media crews and all the supporters of the teams across universities, Spitzer annually raise its head around this time of the year.

And the Tuesday, the 3rd day of the last month of 2019, it was Spitzer again right next door to where we witnessed it yester-year. Along with the crowds, the event commenced. An open invitation was called out for all to appreciate arts for their own. A face painting stall, was the first to enchant the minds. The stall which continued all through the day had marketed itself well with the colours and art, for flashes of paint passed you all throughout the night glowing in beautiful arts.

Then came the announcement of the first game of the day, the dart board. With bribes of gifts just aside it, the game won the interest of many. Was it the gifts that dazed the eye, or the dim light that broke the focus? The game continued with no winners long into the night.

As the ice broke and the crowds started to dive into the enjoyment of the day, another game sprouted. Reminding all, of the reason for Spitzer, the next game on board was conducted as groups. Though the day and age were way past for the young lads to be playing with marbles, the smiles and laughter that ringed brought back the children in them all. One game ends giving space to another. The day was filled with enjoyment as the next event was called upon. “Pani bambare” where you start to empathize with the earth on its burden of making us day and night. The beach with filled with laughter as the event continued with hilarious memories to carry off the night.

While the enthusiasm was all drawn to the events that came one after another, behind the scenes some spark of activity shook the thickness of the onlookers. Moving smoothly with the crowds carrying a bright spot light along with them, were bright stars that usually hangs above in the Sri Lankan skies. To brighten the dimmed night with their own lights, actresses, Emasha Senevirathne and Hansi Sandabarana Modeler Amanda Silva Miss Sri Lanka Earth Runners-up for 2017, Dilukshi Weeraperuma Cricketers, Wanindu Hasaranga, Minod Bhanuka and Lahiru Madushanka and swimmer Julian Balling had joined the exited gathering to share the glorious party mood.

And the final game for the night, one awaited by all, the tab rugby tournament grabbed the arena. Sinking in the thick, soft sand of the beach the tap rugby tournament went on exhausting the eyes of cheerers which were reluctant to break sight of the ball. The tap rugby match continued into the night and the awarding ceremony commenced along side it. Several championships of the SLUG 2019 held in Ruhuna, were awarded including the overall Champions.

The night illuminated as fireworks were set off making patterns in the sky that was a thick black velvet canopy if not for them. Did the fireworks set the hearts on fire? Or the beat that changed that caught the ears? The beach filled with moves that made the sea waves shy away defeated. And a “dance in the breeze” it was dancing away into the night, till the reluctant end came upon all.

The day saw a successful distraction for the exhausted minds off the books that bound them, the free souls mingled and enjoyed the day to the utmost till the final calls came upon them, thanks to all the sponsors who partnered, LESG Technologies, Elephant House and Prima Kottu mee who added to the beauty to the partying mind. As the clock chimed for the beginning to another day, and the minds were transported back to the world they came from, bidding a farewell to Spitzer till it sprouts up back again in a year’s span with MoraSpirit.