Do you play to your equation? 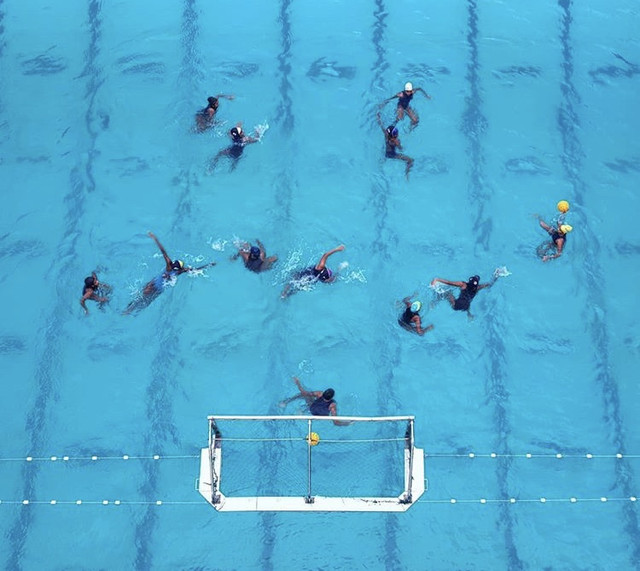 Do you play to your equation?

Year 2008 – I remember the first day I started Water polo. I was amused to see players handling the ball from one hand, swimming around with a ball, staying afloat in water, shooting the ball to the goal, with whistles blown every second. It was something I have never seen before and a sport like no other.

I remember playing my first match against Ladies’ College, Colombo 07. Adrenaline rushing through my veins, butterflies in my stomach. I felt sick and after a nail biting 32 minutes, we lost.

Win or lose, this game changed my life forever.

You may wonder what could it have possibly taught me, even after losing my first game, young girl, a rookie.

It taught me that water polo is a simple equation: Water polo equals Scoring goals.

As years passed by, my water polo career was something most athletes would envy. We won way more matches than we lost, undefeated season after season and I was fortunate enough to play alongside and against some of the best players the country has produced.

I played a lot of matches for the U-15 and U-19 teams, as I mentioned earlier we won majority of the matches we played. But I always felt like I was missing something. What could possibly be missing even after lifting the trophy? I couldn’t figure it out.

I remember talking to my best friends in the team after matches, hoping they could help me discover why my mind was playing tricks on me. After hours of talking, I would go home still feeling empty but happy at the same time. My friends and teammates always managed to cheer me up and motivate me to show up for practice the following day and give my hundred percent. And that’s what I did. I continued to give my best at training and in matches.

So what does it take to reach greater heights? Is it skill, Is it talent, determination, commitment, Patience, Confidence, Strong will power, Courage or Combination of all these things?

Year 2015 – we almost had what you call a perfect season. We faced one of our toughest opponents and emerged victorious. Winning this match really made me happy, at least until I reached home.

There I was, laying on bed with my best friend, running the entire 32 minutes in my head all over again. My best friend had just scored 4 goals and it was her best performance yet. As much as I was happy and proud of her, I couldn’t stop worrying. It was worse than I have ever experienced before. I cried, and my friend always managed to find the right words to motivate me but this time, it didn’t seem to work. I stayed up all night thinking about what made me so unhappy. Few hours and so many tears later, I figured it out.

A little trip back to 2008, my first match and most importantly “the equation” helped me uncover the remedy for the void I felt after every single game.

As athletes when we progress in our athletic career, we often forget why we started the sport in the first place, what made us happy as young kids that continued to drive us forward in the sport. Something which starts off as a simple game becomes complex, we sometimes lose ourselves in the process…

I found the answer!

Throughout my sporting career, I was trained to focus more on defense than attack. I didn’t know why but I didn’t complain either because as a team, we were willing to do anything for the team and our school.

It’s not that I didn’t score goals before, but I didn’t understand how much I wanted to do it, how much it made me happy.

Once again, I remember thinking and as my mom always said, I was overthinking. It didn’t feel like that to me. I felt like I was running out of time. I was mad at myself for taking so long to figure out what was bothering me and I had to answer one of the most crucial questions I have answered as an athlete.

Do I spend the rest of my final year the final 10 months final 305 days doing what I know best:&nbspDefend? Control the game as the center back? Or do I challenge myself and train to become a striker? I know it sounds pretty simple but for a person whose life was centered around the sport, I was determined to have a perfect season, not to mess up and most importantly have a memorable final year.

Our team always produced good strikers. Reliable, as they never failed to rise to the occasion. We have had players who scored goals during the last 3 seconds to win trophies. There was a lot of pressure riding on this decision I had to make.

However, settling was never an option was for me. I’ve always loved challenges and this seemed the biggest one yet. So I chose the latter.

Before we started the season, I promised myself&nbspthat ,I’d do everything I can to be able to look back and say, “ I did it. I’m happy”.

As I promised myself, I trained harder than ever before. Words can’t explain how much I pushed myself.

We won. I scored in all the matches except in one match we played. That didn’t seem to matter. The team was happy. I was happy.

It is what I’ve always dreamt of. My final game for school, 2-2 and time was running out 11 seconds on the clock before the final whistle was blown. I scored. We won.

I went home. I cried, but this time I was happy, very happy.

Going back to the question: what does it take to reach greater heights?

Anyone can answer this question: doctor, a firefighter, a single parent, a survivor, an athlete everyone has a success story: big or small. Each story is different. Each struggle is different. Therefore I believe that success is measured in different ways.

Yes, it takes courage, determination, confidence, hard work and so many other things to reach greater heights. Not just in sports, but in almost everything we do.

For me, it was a competition I had with myself. Irrespective of the praise or criticism I received after training or a match, I always managed to find a way to move forward. But it’s different when you are competing against yourself: disappointment can be your biggest enemy.

So in my opinion, it takes different people different things to reach greater heights.

The day you win the battle against yourself is when you know you have reached your greatest height.