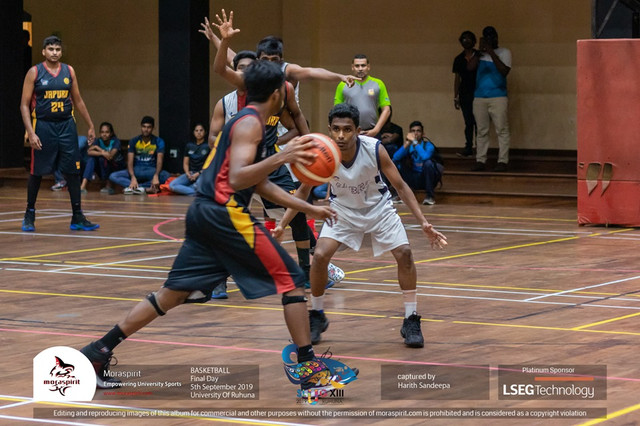 Colombo took on Japura in the women’s final amid the growing support from a deafening Japura crowd. Japura managed to succeed where they failed last time and defeated Colombo to a score of 45-23. Though the initial stage of the game promised a close competition between the two teams, Colombo failed to contain the rippling attacks of Japura. Japura captain, Achini led the attack dribbling her way through Colombo defense to much dismay of Colombo players and much awe of the spectators. Colombo struggled to get into scoring positions owing to Japura defense and failed to convert their chances when they did.

The harrowing defeat at the hands of Colombo in the previous year for a score of 71-37 must have inspired Japura to give a reverse treatment to their opponents this year. Since the beginning of the tournament Japura showed signs to be considered the opponent to look out for. Their championship didn’t come as a surprise for anyone who saw their hard-fought win against Sabara in the thrilling quarter-final and semifinal win against Mora for a score of 40-23.

Men’s final between Japura and Mora didn’t follow the course of its counterpart, women’s final. Japura easily defeated Mora for the 2nd consecutive year leaving no chance for a change of the tides. The vigorous Japura attack was a handful for Mora who succumbed to the pressure from Japura boys. Adding to their misfortune, Mora failed to convert their scoring chances and suffered a similar fate to the previous year.

Japura’s road to final consisted of a resounding victory against Agni in the quarter-finals and the semifinal victory against Sabara for a score of 57-35. Along the way, they played some of the best sequences of basketball seen in the tournament.

The two consolation finals were held to decide the second runner-up of the tournament.

In women’s consolation final, Mora took on Pera to secure a medal to take on their way home. Mora lost to Japura, who was too harder a force to handle for Mora, in the semifinal. Pera lost to Colombo for a score of 49-33 in the other semifinal. Though Pera led Mora until the 3rd quarter in the consolation final, Mora rallied back with a new tactical plan to overturn the lead in the final quarter. At the final whistle, Mora walked out the victors with a score of 41-31.

Sabara and Pera played each other for third place battle in men’s consolation final. Pera had to halt their journey to the championship at the defeat to Mora in the semifinal for a score of 56-44 and Sabara did so at the hands of Japura. With their thrilling last-second victory against Kelani on the back, Pera entered the game with a mentality to fight until the very end again. The Sabara players left little chance for Pera to grab another late win and ended the game for a score of 53-42.

The Basketball Tournament of SLUG 2019 concluded with these final actions and left quite a few moments to celebrate for the basketball enthusiasts.