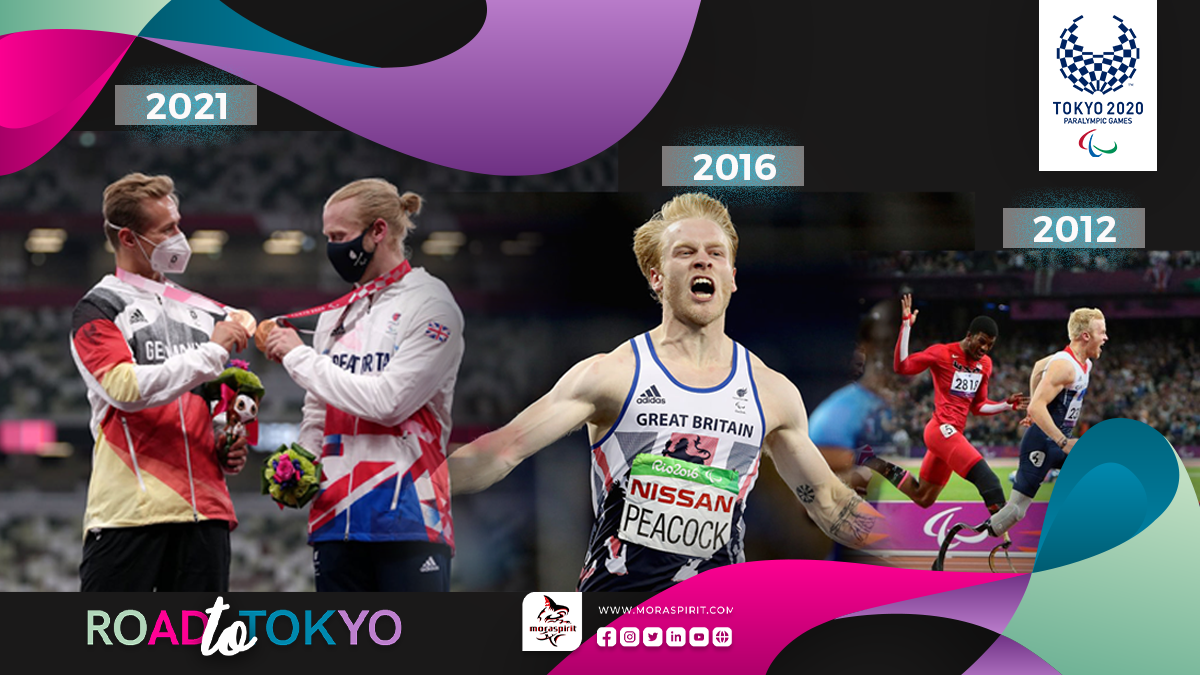 “Don't treat me as disabled. I will show you what I can do and we'll have fun with it” is the life motto of probably the greatest British Paralympian to grace the sport, who has 2 Olympic gold medals and close to 4 gold medals in World Championships in his trophy cabinet and a definite inspiration to every single individual out there.

Jonnie Peacock, contracted Meningitis when he was 5 years old which meant that later on he had to undergo an amputation on his right leg as the disease was taking a toll on him. During his schooling days he had no interest in engaging in sports as he felt that could not participate due to his disability. Although later on during the 2008 Beijing Olympic games, he was inspired when Usain Bolt clinched the gold medal of the Men’s 100m with a timing of 9.69 seconds.

Immediately afterwards he enrolled with the British Paralympic talent identification program which paved the way for his illustrious career. His first major event was the 2011 World Championships, he didn’t manage to get on the podium and ended up in 5th place. Nevertheless, he did not give up, he became more confident in his abilities and as a result he qualified to take part in the 2012 Paralympic games in London.

Peacock didn’t disappoint his home crowd at the 2012 Paralympics, as he was not only able to clinch the Gold medal but also to create a new Paralympic record for the T44 100m event with a timing of 10.91 seconds at the age of just 19, the most significant achievement was that he was able to beat the favorites of this event.

He further went on to compete in the 2013 World Championship in France, where it was expected to be an epic showdown between Peacock and the American sprinter Browne who had broken the world record during his semifinal event. Everyone expected the American to walk away with the gold medal! Although that wasn’t the case as Peacock had different ideas, Peacock went on to clinch the gold medal by beating Browne in a thriller of a final.

Undoubtedly one of the tightest events that Peacock would have competed in would have been the 2020 Tokyo Paralympic games. Peacock went on to win a joint Bronze medal along with the German nationalist Johannes Floors as the judges were unable to declare a single bronze medalist as Peacock and Floors crossed the finish line at the exact same time, which could not be differentiated even by a 1/1000th of a second.

The journey that peacock had to go through wasn’t a bed of roses, he had to face many hiccups during his career, one of the main obstacles was getting injured just weeks prior to the 2015 World Championship due to a sore leg making him unable to compete. He also had to undergo knee surgery during 2019 which forced him to withdraw from the 2019 World Championships as well.

“That was my way of getting through difficult times of low confidence - hard work” an inspirational quote said by Peacock’s own hero and idol David Beckham, shows the amount of hard work and sacrifice that Peacock had to endure to become a world-renowned Paralympic champion. He is indeed a great inspiration to us both old and young to never give up, to keep on fighting and to continue to give our best at all times, as “hard work beats talent when talent doesn't work hard”.