Masters of Taekwondo are ready for the challenge! 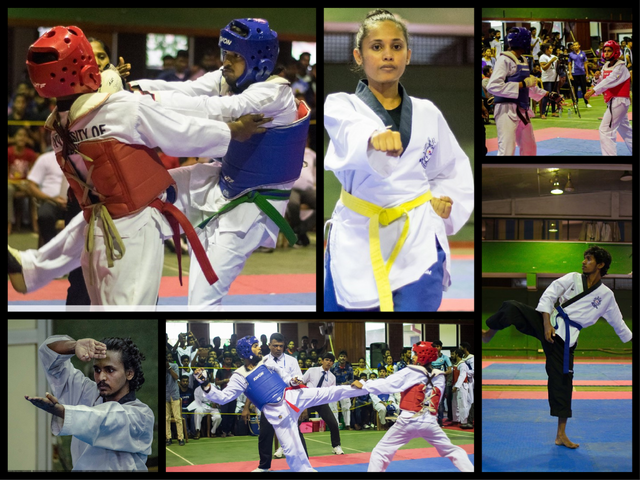 Masters of Taekwondo are ready for the challenge!

The heartbeats of Sri Lankan university sports enthusiasts are going haywire as SLUG XIII continues, basking both players and fans in a blend of victories, defeats, and soaring excitement. Hundreds of sportsmen and sportswomen combat against each other with the hopes of bringing glory to their respective universities shining bright in their hearts. The triennial event is the mightiest contest in the country’s university sports arena. SLUG XIII is proudly hosted by University of Ruhuna.

In the long list of sports events adorning SLUG XIII, taekwondo takes a special place due to its remarkable uniqueness. In contrast to most sports, taekwondo is often considered to be more than a mere contest for victory. It is an art, a meditation, and an exclusively beautiful sports event.

Evolving from 2300 years old traditional Korean martial arts, taekwondo is renowned for the almost dance-like grace in its moves. The sport utilizes a series of astonishing moves such as jumps, spins, head-height kicks, and fast kicks that are brought to perfection through the delicate balance of body and mind.

The taekwondo platform in the university sports arena has been quite a competitive stage within the last few years. Teams from several universities have proved their excellence in the sport with dazzling performances.

The taekwondo event at SLUG XIII will be held from 27th to 29th August, 2019 at University of Ruhuna. We at MoraSpirit extend our heartfelt wishes to participants from all universities to perform their very best. Stay tuned with MoraSpirit for more updates on SLUG XIII sports events!