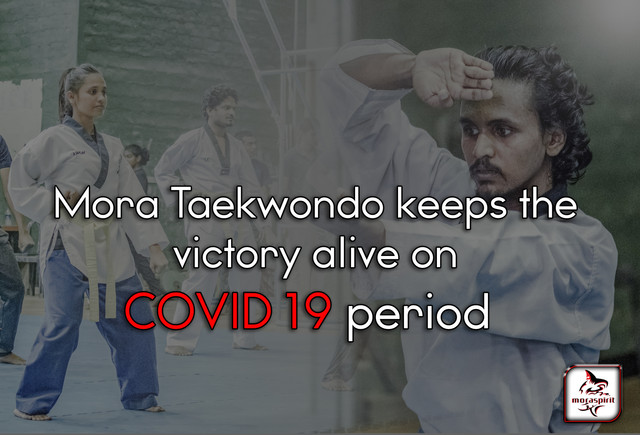 2020 was obviously a miserable year as COVID-19 severely affected the lives of people all around the globe. It also caused a huge decline in the Sri Lankan university sports sector since the universities were closed for more than 6 months. However, the Taekwondo team of University of Moratuwa was able to hold the attention of taekwondo fans throughout the pandemic.

First and foremost, it should be mentioned that the Mora Taekwondo team had claimed two huge victories before the pandemic started. The team was won the championship in both male and female categories at Sri Lankan University Games (SLUG) which was held in 2019. This was followed by the silver medal won by the champ Danusha Rajapaksha in the South Asian Games (SAG), also held in 2019. It brought great pride to University of Moratuwa as Danusha carried the name of the university to the international level.

During the pandemic period, the Mora taekwondo team was unable to practice as a team since the universities were closed. However, the team members took advice on workout routines from their masters and carried out self-training sessions from home, exhibiting their ceaseless love for the game as well as their immense dedication.

Most sports collapsed with the emergence of COVID-19 as rules and regulations imposed upon interpersonal interactions restricted practicing activities. We are delighted to see that Mora Taekwondo has risen above those issues to achieve numerous victories amidst the pandemic. We at MoraSpirit wish them the best of luck to continue their voyage in the coming years as well.