Mora Triumphs Netball Championship by the Barest of Margins 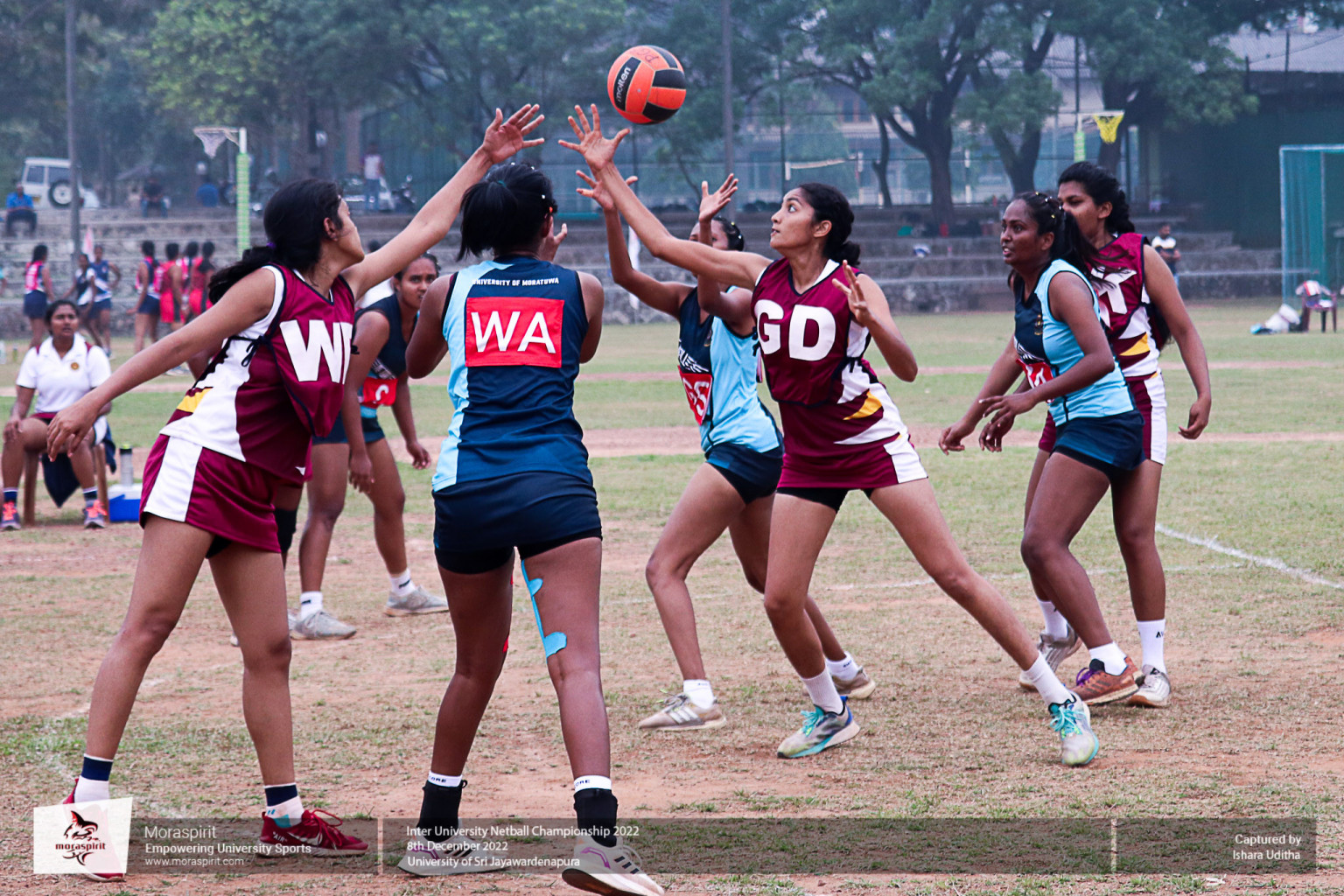 Mora Triumphs Netball Championship by the Barest of Margins

After an eventful first day of the Inter-University Netball Championship, the most invincible 8 teams had made their arrival for the quarterfinals on day two, dreaming of bringing the trophy to their home.

It was a close start between Mora and Pera in the first quarterfinal battle, but the girls of Mora held their nerves to secure a comprehensive victory and reserved their place in the semi-finals with a final score of 33-24. Meanwhile, on the other side of the ground, Japura made a comfortable victory over the Uva Wellassa, keeping the championship dream alive. It was a dramatic battle in quarterfinal 3 where Colombo marched towards the semifinals with the barest of margins despite the desperate effort by team Sabaragamuwa. Kelaniya made the biggest upset of the quarterfinals outplaying the defending champions, Jaffna with a huge margin of 41-20. Thus, the quarterfinals concluded with four semifinalists, Mora, Japura, Colombo and Kelaniya being victorious.

The afternoon session saw the conclusion of the semifinal countdowns where Mora and Colombo secured their places in the finals against Kelaniya and Japura respectively. Both games went head-to-head in the opening quarters finishing with almost equal points until Mora and Colombo finished in style with commanding positions in the next phase of the game.

The cold atmosphere of the surrounding was driven out by the intensive heat of the evening session where Mora and Colombo marched towards the one last countdown in the finals while Japura and Kelaniya went head-to-head in the consolation final.

Japura was able to show off a spirited performance at the consolation finals against Kelaniya after their defeat in the semifinals emerging as the 2nd runners-up of the tournament.

The final encounter was the absolute thriller of the day and the game was kicked off with an energetic display of passing and shooting from both Mora and Colombo. As a result, the first quarter was summed up with an equal scorecard. It was a blink of an eye to change the momentum of the game entirely as Colombo launched a spectacular attack in the middle phase of the game and made a 5-point lead at a point. The game seemed almost shifted to Colombo’s favour until Mora made their greatest rebound of the tournament to take the lead of the game. Even though Colombo didn’t accept the defeat straight away, Mora had a single-point lead when the final whistle blew off and thus the mesmerizing hour of the final battle ended in favour of Mora with a final score of 40-39. The atmosphere was full of cheers, smiles and tears marking a glorious conclusion for the Inter-University Netball Championship 2022.