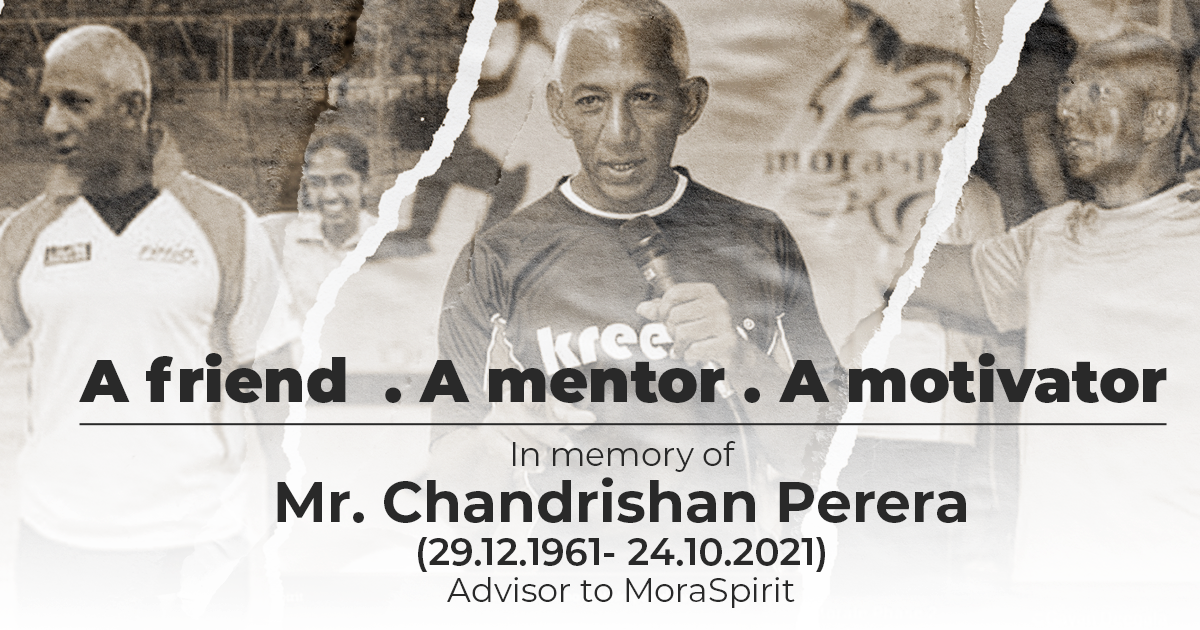 It was very disheartening for the Sri Lankan sports fans and especially us MoraSpiriters when the news on Mr. Chandrishan Perera's death made the headlines the day before. Not only was he a household name in Sri Lankan rugby was also a stalwart in the Senior Advisory Committee of MoraSpirit.

He was a former Sri Lanka Rugby captain, a coach, a fitness trainer, a journalist, commentator and Sri Lanka Cricket's first media manager. Mr. Chandrishan was indeed a "Jack of all trades." You very rarely find esteemed gentlemen who have served in not just one, but two sports for Sri Lanka. As a Senior Advisor to MoraSpirit, he service to the Organisation was immense. He was also involved with many motivational programmes to uplift University of Moratuwa sports and was a promiment character in developing the right attitude in his workshops. Though not an alumni of the University, he was a true "shark" in that sense.

One of his most unforgettable achievements would include winning the Fiji Rugby 7s in 1994, the first and only time Sri Lanka did it and he was captain. This was achieved before retiring and was a ferocious wing three quarter for Sri Lanka and in the Club Rugby circuit since 1979.

What Palitha Perera or Premasiri Epasinghe was to cricket commentary, is what Chandrishan was to rugby. His unique voice and style was memorable. "Try time!" will never sound the same.

Moving away from rugby, he was Sri Lanka's fitness trainer in 1992 and the team went into become the World Cup Champions in 1996, for which he played a crucial part in developing fitness of the cricketers.

Whether as a rugby player, coach, fitness trainer, cricket manager, journalist or commentator, Mr. Chandrishan Perera will be remembered for being himself, a man who has a positive impact on everything he has been involved with.

As the present Editorial Head, I'm privileged to have spoken to him in person, during the 2018 charity match which was held after he was diagnosed with nerve compression, and all he said was "I can't wait to get back... " These words will stick to my heart always and so will his motivational words to the University of Moratuwa sporting community.