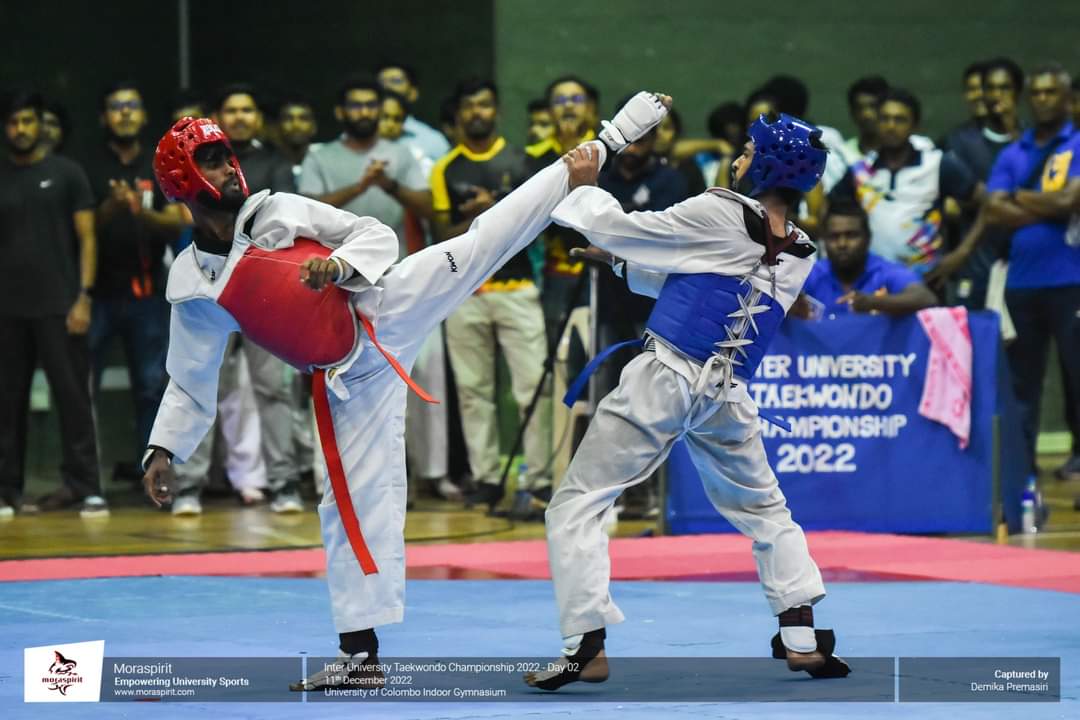 An eventful couple of days full of thrilling action took place at the New Gymnasium of the University of Moratuwa on the 10th and 11th of December as students battled it out to bring glory to their respective universities at the Inter-university Taekwondo championship.

After a short break as the contestants grabbed a breather, the contest area was prepared to host the team events of the Poomsae category.

As loud cheers echoed across the Gymnasium, three male and three female students from each university began to battle it out at the center to reap the harvest of the tireless efforts and hard work put into practice during the last couple of months.

As the second day of takewondo action dawned it was the 'Sparring' events taking place at the New Gymnasium. With a long day of matches to be held referee's and officials were quick to start from the knockout stage matches from 8 weight categories each ranging from below 54 KG to over 87 KG and below 46 KG to over 73 KG in the men's and women's events respectively.

As the matches took place overtime in knockout style and the finalists were settled out, the contest area was prepared by the officials with a single mat to stage the finals of each weight category.

Overall it was an exciting couple of days at Mora with the contestants showcasing flawless skills and providing exemplary entertainment to the audience. It is also indeed important to mention and thank all the referee's and officials who ensured a fair playing field for all teams as well as everyone involved in making the Inter-university Taekwondo championship a success!!!