SLUG 2019 Preview: Lightning Sisterhood will Shine on for SLUG Netball 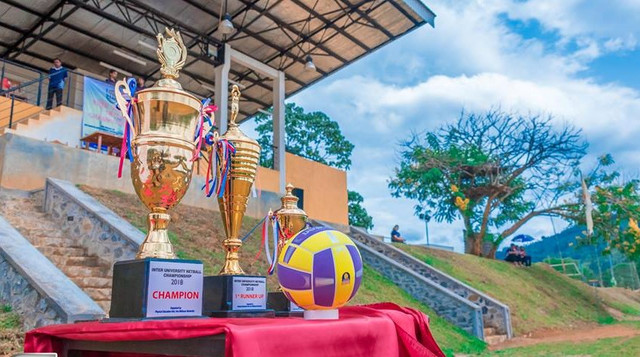 SLUG 2019 Preview: Lightning Sisterhood will Shine on for SLUG Netball

Sri Lanka University Games, better known among many as simply the SLUG, has just begun in the seaside terrain of the University of Ruhuna. Its sporting course kicks off today, on 27th of August, with the search for the worthy of a netball championship. “Who is worth this prestigious championship?” will be the only question buzzing in the heads of the university netball enthusiasts for the upcoming three days.

Netball events certainly trigger the SLUG sports arena as it is a game for and of women, in fact the only such sport in SLUG 2019. The unique techniques, methods and sport mastery bring sportswomen together in this journey for the title of netball. 14 universities compete against each other manifesting their colours, years and years of hard work, and commitment and practice. The tournament will be held at UOR and Kotawila grounds on the 27th, 28th, and 29th of August with the incorporation of a consolation final in showcasing victory amidst the defeat.

The heat of women’s netball begins with the rhetoric thought of Japura being able to win the 2019 SLUG Netball title or will the expectations wind up in another direction resulting in a distinctly different team conquering it all.

University of Sri Jayewardenepura has set up high hopes for this year’s SLUG by winning back-to-back championships in the previous two IUGs. One can expect to see their tremendous teamwork and talent in this year’s battle to prove their worth once again. Other semifinalists of the netball championship of the previous year–Colombo, Kelaniya, and Jaffna–will undoubtedly be eyeing the ultimate prize they just failed short to grab last year.

Group stages of the netball championship will be held on the first two days under four groups: A, B, C, and D. 14 universities participating the tournament will fall into these four groups as the table below shows.

Will the old guards of the tournament secure their territory once again this year? Or will there be an underdog who tumble everyone else on their backs to write their own success story. These are the questions that resonate among many netball enthusiasts these days. Answers for these questions, however, are not far away than three days from today.

Stay in touch with MoraSpirit to find out the answers to these questions as we bring you the live action of the day in a matter of minutes.