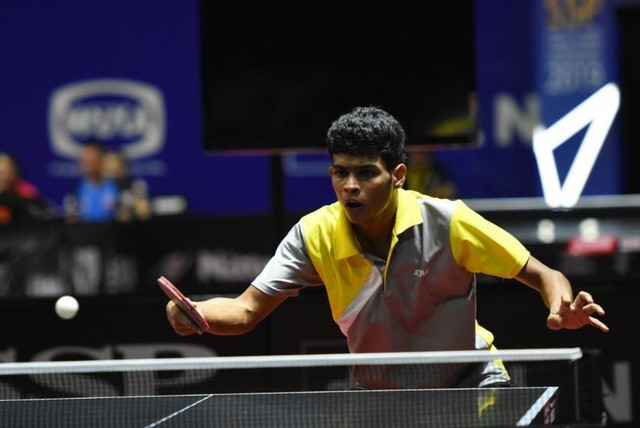 Supuna Warusawithana, a brilliant undergraduate at University of Moratuwa, is back again at the peak of Sri Lanka's Table Tennis Rankings. He has reached this summit following his achievement of the Men's Championship at Sabaragamuwa Province Table Tennis Association's All Island Open Ranking Table Tennis Championship, held on the 21st of March, 2021.

Supuna was the proud championship holder of the aforementioned tournament previously as well, but had faced some minor setbacks and was ranked island 4th by the beginning of the tournament. The climb back to the peak was not easy in the least; as Supuna himself quoted, "Coming into the tournament, I had not expected to be the champion again. It was rather tough, but the more opponents I faced and the more victories I achieved, I felt more confident. It helped me push harder and I was able to defeat the previous champion at the finals 3-1. Being back at the top of the rankings definitely feels amazing, and I would like to thank everyone who helped me get here, every step of the way."

Whats is even more extraordinary about this tournament is the fact that it was the Warusawithana family that dominated the event. With Supuna as the champion, his sister Erandi as a Semi-finalist, and their younger brother Hiruna as the Under 18 runner-up, it is safe to say that they have succeeded in carving their family name amongst the best of the table tennis players in the country. Supuna is indeed a national treasure, an exceptional player that represented Sri Lanka at the South Asian Games, and it is our dearest hope that he would soon wave our flag in front of thousands in the Olympic arena.