THE BEGINNING OF “THE END” LEAVES JAFFNA VICTORIOUS. 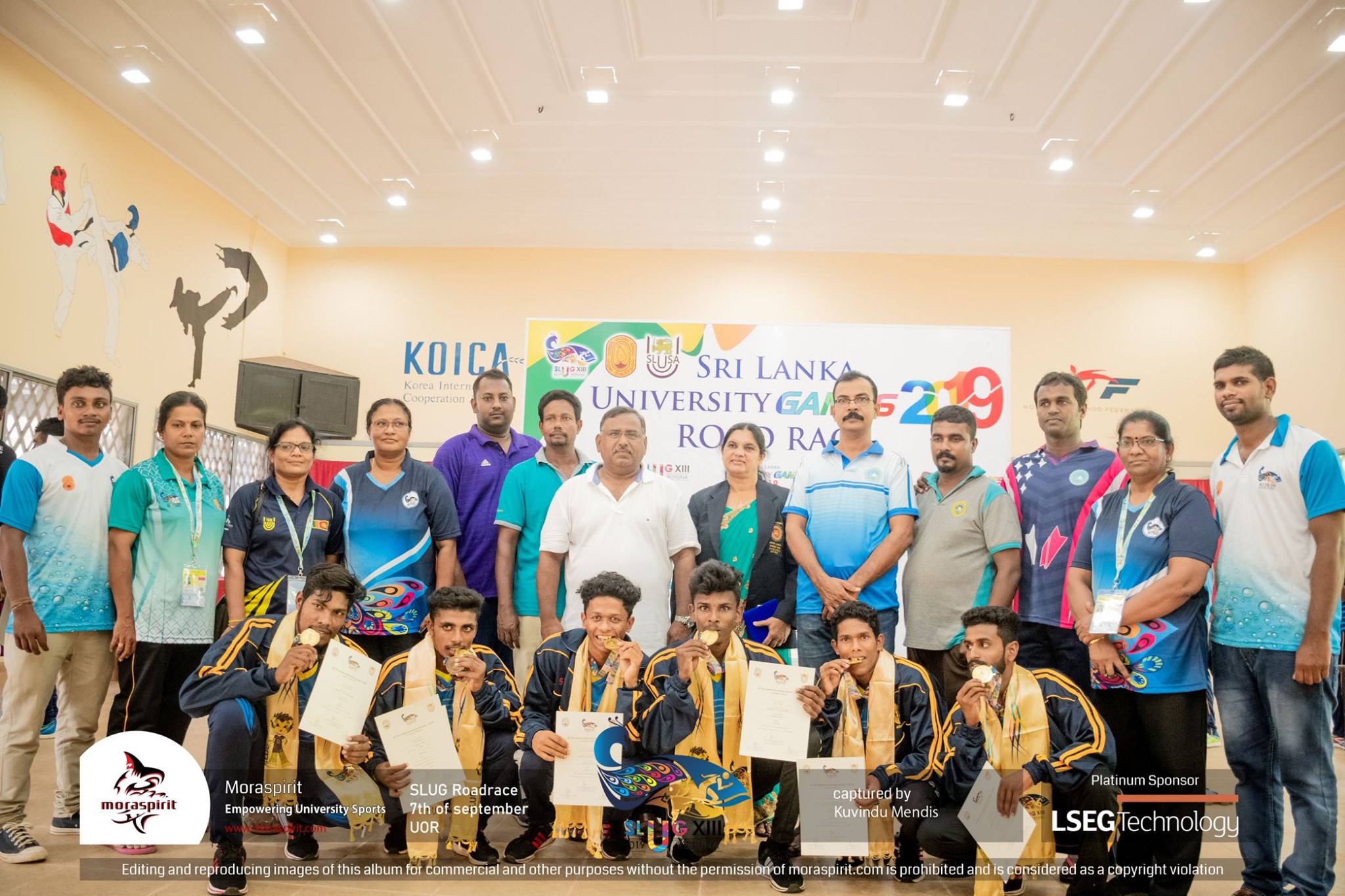 THE BEGINNING OF “THE END” LEAVES JAFFNA VICTORIOUS.

The mark of the finish on the final day began with the road race that commenced right with the sun. With the exception of SEA and VPA, participation of 12 universities could be seen fighting against the time and distance to grab the trophy and make the win theirs.

A team of 6 or 7 players competing to get 5 of their members past the finish line in the minimum record time possible at the beginning of a moist morning was the road race experience of SLUG 2019.

It began at Kottegoda in Matara, when the lighting was just fine. 80 participants conquered the hilly areas which were the most demanding of effort during the 10km run. And the last stretch was against the strong but comforting wind from the southern shores. The weather was dim as though the skies are shielding the runners from the sun. And such was the long path that led to victory of JAF who managed to secure the 3rd,11th, 12th, 14th and 25th places counting to an overall 65th place which is the minimum aggregate place of a university. 33:20, 34:52, 34:56, 35:07, 37:03 minutes respectively were achieved by the players in completion of the race and thus securing the first championship for the day.

WAY player with bib number 978, G. A. C. S. W. Arachchi, was the first to finish the race with an overall time of 32:34 minutes. Completing in 33:07 minutes the 991, bib number clad player of RUH, A. W. G. S. I. Bandara was close at stride. The first player to complete the race of the victorious JAF team, S. Nirmal came next, to the finishing line.

Thus, the end of 13th SLUG began leaving JAF the overall winners for the 10km men’s race that ended at the entrance to the University of Ruhuna.