The Demise of a Rising Star: The Story of Mohan Agashan 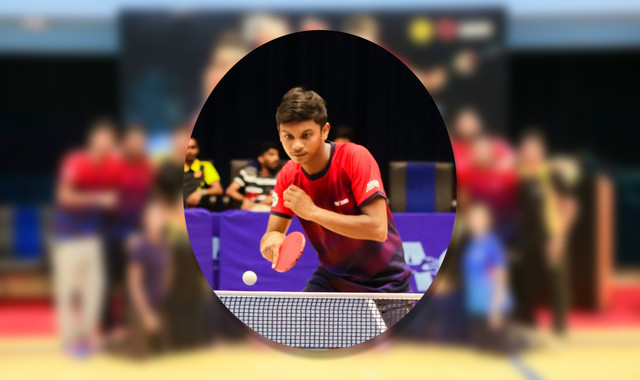 The Demise of a Rising Star: The Story of Mohan Agashan

Being sons and daughters of mother nature, we are all here for a temporary expedition that sooner or later ends in death. As mundane a fate as it may seem, it is the ultimate reality that we all need to learn to accept. But it is never an easy task easy for anyone to bear the demise of a loved one, especially when it happens at the most unexpected moment. Such was the case when Mohan Agashan, a talented young man of only 22 years of age, left his friends and relatives in a state of shock upon his untimely passing on 5th July, 2020 in an unfortunate road accident.

Hailing from Jaffna, Agashan was a 3rd year student undertaking Quantity Surveying at the Department of Building Economics, University of Moratuwa. He had completed his school education at Jaffna Hindu College in the Physical Science stream, achieving a brilliant result of AAB at his Advanced Level Examination in the year 2016. His brilliance was not limited to academics; Agashan was also a valued player of the university table tennis team. His sports achievements during his time at the university included participation in the UiTM Sports Fiesta 2018, university colors for the years 2018 and 2019, as well as championships in SLUG 2019, IUG 2018, and Wayo Spin 2018.

Reminiscing his memories with Agashan, Mewan Abeywickrama, the captain of the Table Tennis team of University of Moratuwa, mentioned that Agashan was one of his best friends as well as one of the reasons he loved Mora Table Tennis to this extent. Fondly referred to as “Thambi” by his teammates, Agashan used to face every situation with the brightest smile on his face. He often made his team laugh with his funny little jokes. As a player, he was strong, challenging, and dedicated. Mewan stated that Agashan was the best player in the 17 Batch and that he played a significant role in 2018 Inter University Games. The team could not have won the championship at the event without Agashan’s great performance. Despite being an attacking player with the strength to challenge any player at the university level, he was a friendly person that won the hearts of players from other universities as well.

Selvathasan Geerthanan, close friend and colleague of Agashan, shared his memories with MoraSpirit as well. He described Agashan as a charming person; someone who could attract anyone with his innocent smile and his speech. He was loved by relatives, friends, colleagues, teachers, and lecturers alike. Agashan was kind and helpful, and very close with his parents. He was special, not merely for his achievements, but for his good character and daring dreams. His pain seeping through his words, Geerthanan stated that perhaps the accident happened because God liked Agashan as much as his loved ones did.

During his short lifetime, Agashan always strived to do better and to be better. The gathering of over 600 friends and colleagues from all around the country that assembled to say good bye to him for one last time on the day of his funeral bear witness to what a great person he was. Regardless of how good a person is, the fate of death could never be avoided; but when good people like Agashan pass away, the legacy they leave behind always live on in all the hearts they touched. May his soul rest in peace, and may his loved ones find solace in the loving memory of him.