The Maestro and the #10yearschallenge 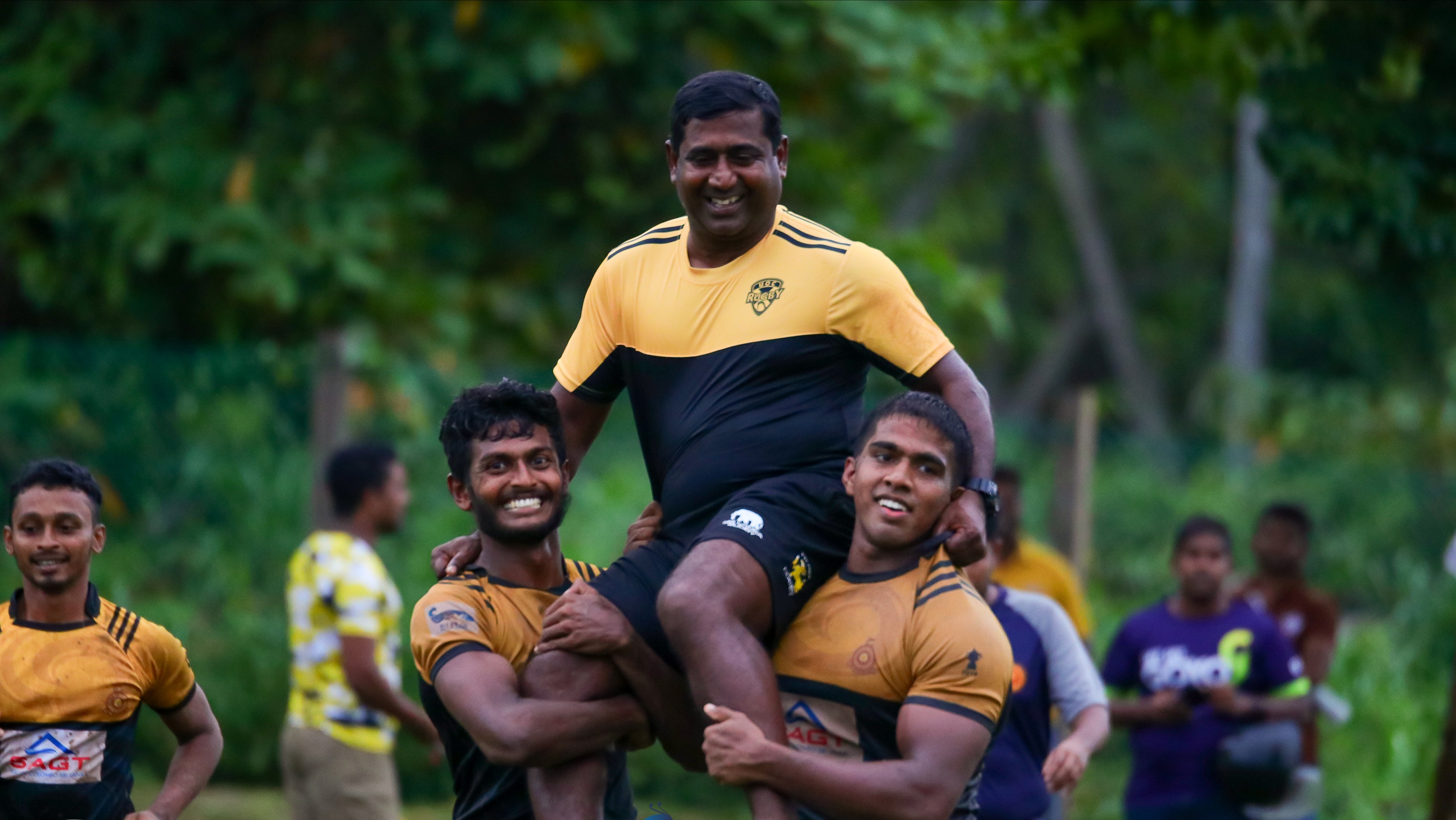 The Maestro and the #10yearschallenge

The #10yearschallenge was not only a Facebook challenge people did by posting two photos of themselves with a 10 years gap. The Spring Boks did it last Saturday by claiming the Rugby Championship silverware after 10 long years. Coincidentally University of Colombo did it on the same day at SLUG XIII.

A lookback into last year

Looking back last year, the Colombo outfit had mixed fortunes at the semi finals against defending champions Mora last year by losing the game&nbsp17-12. Two missed penalties and 6 points went a begging. Finishing 3rd place, redemption was what they were seeking and fast forward one year later, things took a very different turn.

The Maestro and his golden touch

Under the watchful eyes of Sri Lanka 7s legend Sudam Sampath, this years team has been the center of attention as the team who was hungry for the title. He is arguably the best 7s rugby player ever produced on Sri Lankan soil. A former national skipper himself and has many years of experience in coaching national teams. However coaching a University Rugby team is a whole different challenge itself. No one is a full time rugby player. University students are not heavily built for the sport and do spend a lot of time balancing work with sport so making a champion team has its own challenges especially in terms of player conditioning. However the determination of the boys from Colombo was all what was needed to make an unstoppable unit.

Lets play a game of numbers. 64-05,46-05,41-06,36-14&nbspand finally 39 nil. These were the scorelines after the matches Colombo played. Almost 40 tries scored in just 5 games and their defence has only been breached 4 times where as 2 of them were by University of Peradeniya. Thats pure dominance in both attacking and defending. Recycling the ruck with your forwards, drawing in the defenders and getting your backline to do the finishing touches with their lovely running angles.&nbspThey have used the rolling maul, a seemingly unstoppable forwards play with players from either team tightly binded together and the ball carrier behind, to maximum effect in close quarters after clean line outs. If that didnt work out according to plan, the speedsters did their razzle dazzle to finish things off in style.

Krishmal Fernando, the dashing outside centre and captain of the side, has been a livewire this year with his line breaks and finishing skills, making him the playmaker of this dynamic Colombo unit. However one player alone doesnt make a team, he had a full barrage of equally committed comrades with a shared vision of bringing back glory. It is very difficult to point out individual names who were standouts because everyone did their role when needed, regardless whether one is a seniorman or a fresher. The captain leading his team by example never stopped chasing the dream they were searching for 10 long years since they last won back in 2009 under the captaincy of Charith Hewavitharana.

Looking into the future

Regaining the title is a challenge. Retaining it is a whole different level. Its like the Iron Throne. Everyone wants it (except Jon Snow, he knows nothing). The other teams will be regrouping in order to steal the title but by the looks of how things have turned out to be, the cool kids from Colombo have created a legacy that will inspire their future teams to work harder in order to retain the title they gained after so many years. They made it seem almost one sided this year. Are we going to see a more competitive rugby season next year? Only time will tell...