The Midas touch of Mendis sir 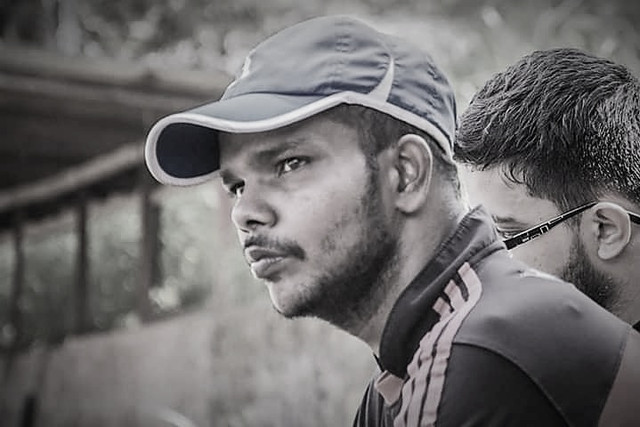 The Midas touch of Mendis sir

He moulded them to be the best of the best, Champions! Wherever they went, they brought glory. But the next time they set foot on the field, they will have to do it all by themselves. He will not be there to shout “LET’S DO THIS BOYS!” from the side line.

Mr. Rohitha Mendis was born on the 16th of May 1982 and received his education at St.Anthony’s College Katugastota. It is here where a young Rohitha Mendis begun his Rugby career. Little did he know, he was destined for great things. Mr. Mendis ended his school rugby career at the top of the mountain, becoming the League Champions in 2001. He stepped into the word of coaching as part of the coaching staff of the junior rugby team of St.Anthony’s College. He had a few more successful stints in the school’s ruby arena before taking up the reigns of the rugby team of the University of Peradeniya in 2011. With Mr. Mendis at the helm the team from Peradeniya were crowned champions of the Inter University Rugby Tournament in the years 2011 , 2012 and 2017 becoming Runners-up from 2013-2016 and in 2018. But above all his great achievements, he was renowned for his amazing personality.

As the former captain of the University of Peradeniya Isuru Herath recalls, he wanted to play in the wing position as any other skinny guy would do going to rugby practices. He remembers how the coach would always turn up to the ground with a smile, stand by the team through thick and thin, celebrate the victory with them and cry away the loses with them. The captain himself is a testament to Mr. Mendis’s coaching prowess.” He turned me, a skinny guy who wanted to play at wing to a capable forward, such was his ability. He turned ordinary guys into champion boys!” says the Captain. He also fondly remembers the humbleness of this talented individual. According to him Mr. Mendis used to say “I may only know 1 percent of rugby, but I know my 1 percent well enough” a fact that the many titles he won are&nbspproof of.

In addition to the rugby team of the University of Peradeniya, Mr. Mendis was also the coach of the rugby team that represented Sri Lanka at the World University Championship (WUC) 2018. The captain of the WUC team Hasantha Ekanayake recalls the tactical prowess of Mr. Mendis. Through his analytical skills Mr. Mendis had figured out that beating Colombia was the best chance for the Sri Lankan team to progress to the quarter finals. And he had a plan to beat them. He had instructed the boys to play the ball to the corners as much as possible. The ploy was successful and Sri Lanka were among the final 8 of the top rugby playing nations in the very first time they played this tournament. The captain also recalls how committed the coach was towards his team. Despite not being able to attend the competition, Mr. Mendis would watch every single match they played on YouTube and call the team in the evening to discuss their performance.

After battling illness over a period of time, Mr. Mendis passed away on the 25th of April 2020 bringing the entire sporting community to a standstill. A decorated coach who was proof of the adage ”a good coach can change a game, a great coach can change a life” is fondly remembered for the lessons he taught, his warmth and his smile. The poem below by one of the pupils under his tutelage shows the impact he had on their lives and the love the team had towards him.

We were taught to hunt across a decade and more,

Our chief and commander in the days of yore,

Leading us into battle to bring the bling home,

Thrice as champs! We shed blood and broke bone,

Humble you were, now tumbled away,

Our friend, our brother, oh how are we to play?

The 1 you knew, but you knew it all too well,

Your smile flashing before us, not ready for a farewell!

Your cubs are now lions clad in red,

Full of fury for the battles ahead,

waiting to hear your voice,

Echo from the side line, LETS DO THIS BOYS!

Our thoughts and prayers are with his family. May he attain the supreme bliss of nibbana!