The Olympic Opening Ceremony: A Journey Through Time 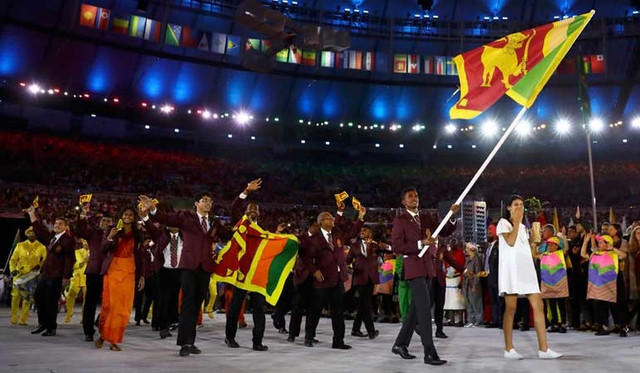 The Olympic Opening Ceremony: A Journey Through Time

The opening ceremony of the Olympics is undoubtedly one of the most awaited and stunning events of the entire Olympic programme. It is a chance for the host country to show off their culture to a global audience as well as the chance for numerous athletes to bask in the glory of being part of the Parade of Nations. It is also the event that officially declares the Olympics open, with the Olympic charter, typically announced by the head of state. The tradition of the Olympic opening ceremony is a longstanding one continuing all the way from the ancient Olympic games in Greece.

London 1908 could be said to be the very first incarnation of the modern Olympics opening ceremony given that it featured both the first artistic program where each host country gets to showcase the unique aspects of its culture as well as the first Olympic parade of nations. Since the 1928 Olympics, Greece has always been the first ever nation in the Olympic parade (with the exception of 2004, when they hosted the games) with the host country being the final team to make its way into the stadium. The other countries come forward in alphabetical order of the language of the host country. Therefore, in the 2020 Tokyo Olympics, Greece will be followed by the Refugee Olympic Team, the Russian Olympic Committee and then by Iceland with the final country in alphabetical order being Lebanon. Each team will be represented by their flagbearer who will carry the national flag, and for the first time in Olympic history both a man and woman from each country will be joint flagbearers, with the local honours going to judoka Chamara Dharmawardana and gymnast Milka Gehani. What is interesting to note is that there have been several notable instances of two countries marching under the same flag, most noteworthy being that of North and South Korea marching under a united flag in the 2000, 2004 and 2018 Winter Olympics and East and West Germany doing the same in 1956 and 1964.

Following the Parade of Nations, the local head of state will read out the Olympic charter, I declare open the Games of [name of the host city] celebrating the [ordinal number of the Olympiad] Olympiad of the modern era, a duty which will fall to Emperor Naruhito. This is followed by the carrying of the Olympic flag and then the swearing of the Olympic oath by a player (since 1920), judge (since 1972) and coach (since 2012) of the host nation. Finally, the Olympic torch is brought into the stadium and then the Olympic cauldron lit an honour which usually falls to only a select few, including Muhammad Ali at the 1996 Atalanta Olympics, Paavo Nurmi at the 1952 Stockholm Olympics and Cathy Freeman at the 2000 Sydney Olympics. The identity of the person lighting the 2020 Olympics cauldron is yet to be revealed.

The Olympic Opening Ceremony in recent years has been an extravaganza of cultural achievement and even though the Tokyo Olympics will be a scaled-back version of the festivities it still promises to be a wonderful night under the theme quite apt concept, “Moving Forward” which will link the opening and closing ceremonies and the overall motto of the Tokyo Games, “United by Emotion”.