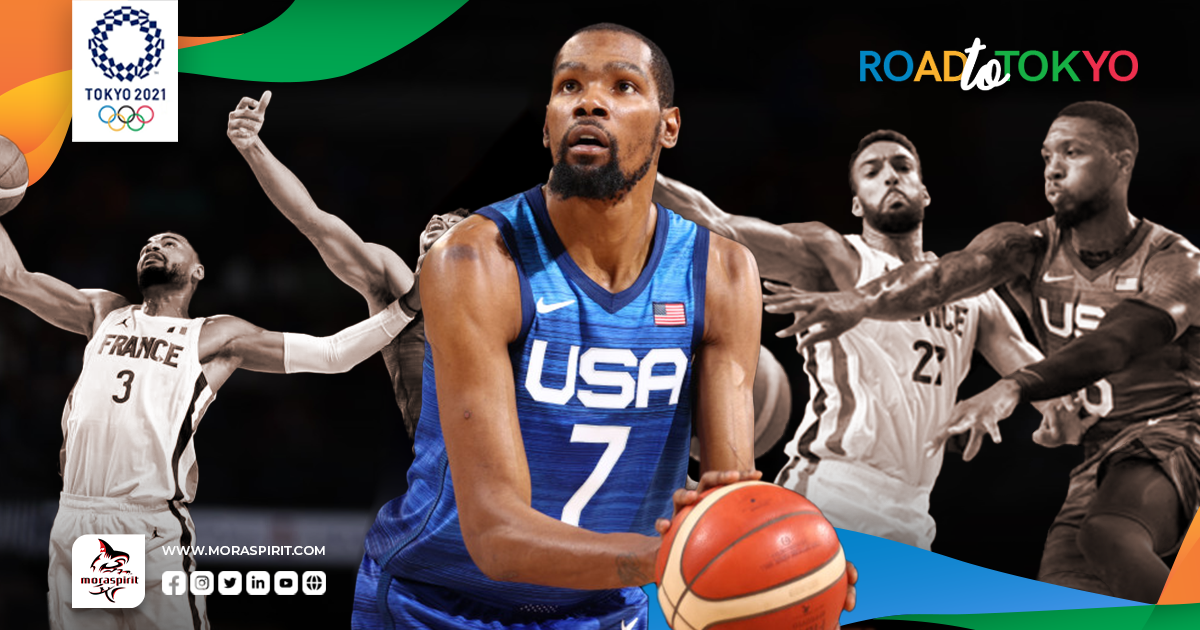 Basketball has always been an eye catching event at the summer olympics. This is partially due to the fierce competition that all countries display, but mostly due to the fact that time and time again, the United States of America puts on a show for everyone to watch.

The USA is undoubtedly the most dominant country when it comes to the game of basketball. What’s even more impressive is, they don't usually even have a fixed roster, or regular practices. All the players mainly focus on their NBA careers, but when the Olympics come knocking, they answer back by putting all their best players on the national team and destroying the rest of the competition. However, what was interesting about team USA in the Tokyo Olympics is that the selected team wasn’t even the best possible team they could put together, but they still got the job done.

Twelve teams qualified for the men’s basketball tournament at the 2020 Summer Olympics, and they were split into 3 groups of 4 teams to play in a single round-robin format within the group to advance to the medal round. After the end of the first round, 8 teams qualified for the bracket in the medal round; Slovenia, France, Australia, United States, Italy, Spain, Argentina and Germany.

What took everyone’s attention in the preliminary round was France beating the USA team, handing them their first loss at the Olympics since 2004. With that, the people in the basketball world doubted that team USA would get the job done. Some of the best players in the world like Lebron James, Stephen Curry, James Harden and Kawhi Leonard weren’t playing. The team was led by Kevin Durant with a majority of first time Olympians. There were analysts who believed that the day of reckoning was upon team USA. Other teams believed that they had a shot at the gold. But the team persevered. They got better and better with every game they played.

After the quarterfinals, France, Slovenia, United States and Australia advanced to the semifinals. The United States beat Australia 97-78 to advance to the gold medal game. France beat Slovenia 90-89 in a nail biting thriller with a miraculous last second block by Nicolas Batum that saved the game and advanced France to the gold medal game. So the stage was set for team USA to get their revenge on the team that beat them in the preliminary round.

Australia was able to secure the bronze medal after beating Slovenia 107-93. Patty Mills scored 42 points in the game and carried Australia to the victory. The gold medal game was held on the 7th of August 2021, in the Saitama Super Arena. With the whole world watching, the United States was able to pull off the win beating France 87-82. Kevin Durant, who had been the focal point of the team throughout the Olympics, exploded for 29 points in the gold medal game and carried the team to victory. Evan Fournier and Rudy Gobert each chipped in with 16 points for team France, giving team USA a run for their money. However at the end, team USA was able to persevere and defend their title, winning their 16th overall and 4th consecutive gold medal in the Olympic men's tournament.

Team USA made a statement that the rest of the world was still way behind them in Basketball, and they all got a lot of catching up to do. With just 3 years to go to Paris 2024, can any team stop USA from annihilating the rest of the competition? We’ll just have to wait and find out.