War Of Words Within Faculties Of University Of Moratuwa 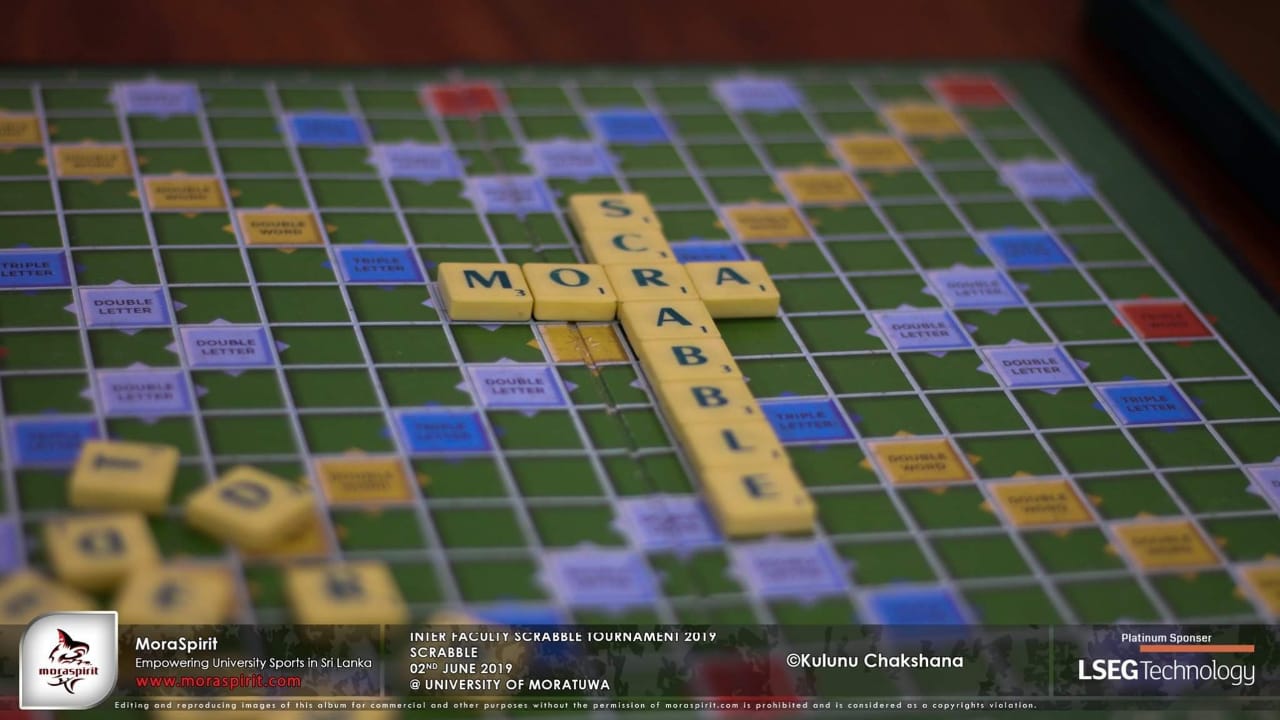 War Of Words Within Faculties Of University Of Moratuwa

The first ever inter faculty Scrabble tournament of University of Moratuwa was successfully held at university old gymnasium on 02nd of June with participation of over 30 undergraduates representing Engineering, IT and Architecture faculties of the university.

Scrabble is a widely played board game which has seen many Sri Lankan players emerging victorious at international level. Though UOM does not hold long history with this game, Scrabble has begun to gain attraction among university undergraduates during past couple of years.

As UOM also has many undergraduates who have played at inter-school and national level Scrabble tournaments and have received awards and colours for their outstanding performances, main target of organizing this event was to identify the potentials of new and current players and register this as a sport at UOM while looking forward for a championship at the inter university level.

Certificate for the highest word score was awarded to Piumi for scoring 86 with word “MELTINGS” while the highest single game scores were 522 points by Ashan and 515 points by Adithya respectively in men and women categories.

Spot prizes also were given for each round according to an assigned task in order to level up the competitive nature among players. Certificates for the winners and participants were distributed by the Treasurer of Scrabble Federation of Sri Lanka and Former Men’s Captain of the University of Kelaniya Scrabble team Mr. Sapumal Gamage and Former Men’s Captain of the UOM Scrabble team&nbspMr. Arunan Sugunakumar. Both of them served as Tournament Officials for the Tournament too.

Special media coverage of the tournament was done by MoraSpirit Crew of UOM.