WHEN WINNING ONCE WAS SIMPLY NOT ENOUGH 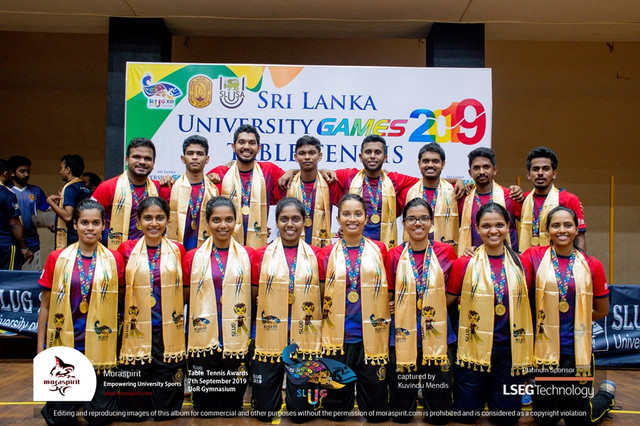 WHEN WINNING ONCE WAS SIMPLY NOT ENOUGH

September 6th and 7th were a very heated couple of days as 14 teams from 14 universities fought head to head against each other for a single trophy. By the end of the first day four teams from both Men’s and Women’s categories were selected for the semifinals. The semifinals were played as follows.

The finals were an intense affair while the best teams from both categories fought vehemently for the trophy. Men’s team of University of Moratuwa won the championship easily and gracefully by beating University of Peradeniya 3-0. In fact the defending champions emerged winners for the second consecutive time without losing a single match for the entire tournament.

In contrast the Women’s finals were so intense and heated, the spectators were at the edge of their seats while the two teams fought with all their might for the trophy. But then the last shot was delivered by the doubles’ pair Nuwani Vithanage and Yogya Gamage of University of Moratuwa making them the Champions for the third consecutive time while marking the end of the Sri Lanka University Games 2019 and proving once again that hard work and dedication always pays off.

We at Moraspirit extend our heartfelt congratulations to all the winners for their prestigious achievements and wish them all the very best for their future endeavors.